Famous Historical Monuments in Uttar Pradesh Uttar Pradesh - Photographers' Delight Kite Festival in Lucknow Travel to Muzaffarnagar Travel to Raebareli Kanpur The Leather City Tourist Places in Unnao Weekend Getaways from Pilibhit Banarasi Sarees in Varanasi Things To Do in Bijnor Glass Industry in Firozabad Govardhan Parikrama in Mathura Tourism in Mainpuri Wildlife Sanctuaries near Mirzapur History of Bahraich Tourist Spots in Hapur Miracles of Banke Bihari Temple Tourist Spots in Bulandshahr Travel to Fatehpur Tourism in Fatehgarh Chronology of Jhansi Etah Tourism Culture of Rampur About Shahjahanpur Vindhyachal to Varanasi by Road Tourism in Hathras Tourism in Sambhal Famous Personalities of Faizabad Tronica City in Loni Culture of Ballia Jaunpur in One Day Culture of Etawah Meerut One Day Itinerary A Day in Allahabad - More than Just a Spiritual Experience Ghaziabad.... A Street Food Safari Shopping in Aligarh Top Famous Restaurants for Working Professionals in Noida Tourism in Mughalsarai Prominent Modern Industries in Kanpur Historic Events in Gorakhpur Air Safari in Agra Jim Corbett National Park Road Trip from Lucknow to Nainital via Corbett What Not to Miss while in Varanasi
Home about administration famous personalities of uttar pradesh

The State of Uttar Pradesh has been virtually the haloed ground where a large number of eminent personalities have taken birth. Two Vice-Presidents of the country namely Shri Gopal Swaroop Pathak and Shri Hamid Ansari are from Uttar Pradesh. 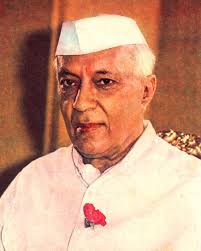 The state has also contributed several historical personalities. Among these exalted beings are Valmiki the author of the epic Ramayana. Amir Khusro, the prominent Sufi poet was from Uttar Pradesh. Kabir the reformist and eminent composer and poet were from here. Begum Hazrat Mahal, the Mughal Queen was also born in Uttar Pradesh. Mangal Pandey and Chandra Shekhar Azad have both been immortalized as harbingers of the country’s Independence. Other notable personalities are Manoj Kumar Pandey, Qurratulain Hyder and Dhyan Chand. All these people have made a name for themselves in the field of the arts and sports. Other people who have contributed to these fields are Firaq Gorakhpuri, Harivansh Rai Bachan and Ali Sardar Jufoor. All of them had reached the pinnacle of success in their chosen fields. Irfan Habib and Rahul Shivasan each of them an excellent personality who ruled the hearts of men by their sheer charismatic opportunity.

In the sports area there have been several such players who have made a tremendous name for themselves. Some of the leading lights in Uttar Pradesh sports are shooters namely Moraad Ali Khan and Jaspal Singh.

Then there are the international hockey players namely Zafar Iqbal who was Captain and chief coach of the Indian Hockey team. K.D. Singh was an Olympian player Mohammad Shahid had led the Indian team to the Gold in the 1980s. He was awarded the Arjuna Award in 1980 and went on to be decorated in 1986 with the Padma Shri. Jagbir Singh was also captain of the football team and awarded the Arjuna Award in 1990. 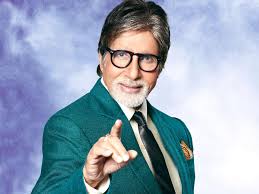 The artistes of Uttar Pradesh have regaled audiences the world over on the stage as well as on celluloid. These include poet and satirist Akbar Allahabadi and Kaka Hathrasi besides comedians like Tun Tun and Raju Srivastava.

On the celluloid screen there have been several great actors who have taken Bollywood to great heights. The greatest ones being Amitabh Bachan, Kadar Khan, Naseeruddin Shah, Marc Zuber, Nargis, Aditya Srivastav, Nimmi, Sunidhi Chauhan (the singer).

The business community has seen several eminent names like the founder of the huge Sahara India group, Subroto Roy as also the President of the DLF Universal Group, K.P. Singh. There is also Shyama Charan Gupta who is the founder of the Shaym Group besides several others who have greatly contributed towards boosting the economy of Uttar Pradesh.

Thus the who’s who of Uttar Pradesh is a fascinating spectrum of innumerable eminent personalities.
18573