Famous Historical Monuments in Uttar Pradesh Uttar Pradesh - Photographers' Delight Kite Festival in Lucknow Travel to Muzaffarnagar Travel to Raebareli Kanpur The Leather City Tourist Places in Unnao Weekend Getaways from Pilibhit Banarasi Sarees in Varanasi Things To Do in Bijnor Glass Industry in Firozabad Govardhan Parikrama in Mathura Tourism in Mainpuri Wildlife Sanctuaries near Mirzapur History of Bahraich Tourist Spots in Hapur Miracles of Banke Bihari Temple Tourist Spots in Bulandshahr Travel to Fatehpur Tourism in Fatehgarh Chronology of Jhansi Etah Tourism Culture of Rampur About Shahjahanpur Vindhyachal to Varanasi by Road Tourism in Hathras Tourism in Sambhal Famous Personalities of Faizabad Tronica City in Loni Culture of Ballia Jaunpur in One Day Culture of Etawah Meerut One Day Itinerary A Day in Allahabad - More than Just a Spiritual Experience Ghaziabad.... A Street Food Safari Shopping in Aligarh Top Famous Restaurants for Working Professionals in Noida Tourism in Mughalsarai Prominent Modern Industries in Kanpur Historic Events in Gorakhpur Air Safari in Agra Jim Corbett National Park Road Trip from Lucknow to Nainital via Corbett What Not to Miss while in Varanasi
Home about profile culture

Uttar Pradesh is a centrally located state in northern India; it is the largest state extensive in area and most populous.

Uttar Pradesh’s culture is intriguing and unique in its diversity; in fact, it can be said that Hindi and Urdu art, craft, dance, literature, music and poetry have seeped into the state and the microcosmic fabric of its cultural outlook has shaped Indian culture to a great extent. The reference to Uttar Pradesh as the ‘cradle of Indian culture’ is quite appropriate. Within its boundaries lie a multi-cultural, multi-ethnic and multi-religious population that has absorbed many of the nuances of foreign and immigrant cultures and races like Afghan, Mauryan, Mughal and British from outside and Bengali, Kashmiri, Parsi and Punjabi from within, which have in turn created a vast diversity of cultures that have seamlessly blended and created an amalgamation of cultural traits.

The Mughal Dynasty left a lasting legacy of its refined and genteel cultural essence which can still be seen today in the architectural monuments, arts & crafts, costumes, cuisines and much more.

Besides strong religious sections and communities, there are large groups of mixed ethnicity among the population. The attire and costumes of the people feature a cross-cultural variety of native, traditional and western styles. The traditional dress forms like dhoti and pyjama-churidar are common among men while women wear the salwar-kameez informally and the sari for more formal occasions. Some Muslim women don the purdah. The salwar-kameez and churidar-kameez have been adapted to become national dress forms for women all over the country. Trousers and shirts in western styles are donned by men and women. In some cities like Aligarh, men still wear the sherwanis.

The vast population of the state is made up mostly of Indo-Dravidian ethnicity; small pockets of communities living along the Himalayan region display Asiatic-Aryan traits. Almost 80% of the population comprises Hindus, about 15% are Muslims and the rest is made up of Buddhists, Christians, Jains and Sikhs. While secularism is the foundation, the state’s deep-rooted religious and social beliefs and traditions have been at the centre of many debates and discussions.

The state languages are Hindi and Urdu are prevalent in use. Several dialects of Hindi like Awadhi, Braj, Bagheli, Bhojpuri and Bundeli and sub-dialects besides the standard Khari Bholi are used by communities; the strong Urdu presence across the state can be attributed to the Persian and Mughal influences. Lakhnavi (Lucknow) Urdu is regarded as a superior literary form.

Indian cuisine has long been coveted for its astonishing variety of dishes and Uttar Pradesh is home to two of the most popular cuisines with a long history of culture and tradition. These are Awadhi and Mughal. The Awadhi cuisine is probably influenced by the Awadh region of the state; Mughal cuisine needs no introduction as many of the dishes created by the Nawabs feature in menus all over the world. The Biryanis, Koftas and Kheers are part of standard fare as well as customized for special occasions.

Fairs and Festivals in Uttar Pradesh

Uttar Pradesh is the confluence of religion, culture and tradition and, therefore, festivals attain added colour and status. Besides the festivals celebrated in honour of various religious events and highlights throughout the year, melas and utsavs like the Bateshwar Fair, the Ganga Festival and the Kailash Fair attract huge crowds. The Maha Kumbh Mela in Allahabad is celebrated every twelve years, the Ardh Kumbh which falls every six years between the Kumbh Melas and the Magh Kumbh, also known as the Mini Kumbh is celebrated every year, are highlights that are eagerly awaited.

Music and Dance of Uttar Pradesh 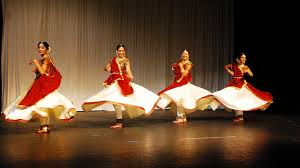 Uttar Pradesh has long been considered the seat of Hindustani Classical Music with many exponents and patrons from the state. The famous Banaras and Lucknow gharanas, two prominent schools of classical music originate from the state. Kathak, one of the purest and classical dances among the eight traditional dance forms in India took root in Uttar Pradesh; it is known as the ‘pride of north India’. Other local forms like Hurka Baul to honour and highlight agricultural cultivation and the Rasa which is a dance form dating back to the days of Lord Krishna are equally popular.

Considered the ‘Hindi heartland of India’, the state of Uttar Pradesh spreads across the central and eastern zones of Indo-Aryan linguistic traditions. The Gangetic Belt and Valley are known to be where the Vedas flourished in ancient times, especially the hymns and texts of the Rig Veda, as did sages like Athreya, Vasishta, Valmiki and Vyas. The two greatest Indian epics, Mahabharata and Ramayana are the gifts of the state to the whole of India. Hindi and Urdu literature are prominent with several compilations of books and poems penned by illustrious writers and authors from the 18th century being held in great reverence.

Uttar Pradesh has seen several cross-cultural influences from the Palaeolithic to the Mesolithic and Neolithic civilizations which have been evidenced by archaeological finds across the state. The early Vedic period, the Mauryans, the Mughals and several other Indian dynasties and kingdoms are featured in the distinctive arts, crafts, paintings and potteries that are found all over. The cities of Agra, Ferozepur, Lucknow, Moradabad and Varanasi are famous for art and museum displays of several ancient collections of artefacts.