Famous Historical Monuments in Uttar Pradesh Uttar Pradesh - Photographers' Delight Kite Festival in Lucknow Travel to Muzaffarnagar Travel to Raebareli Kanpur The Leather City Tourist Places in Unnao Weekend Getaways from Pilibhit Banarasi Sarees in Varanasi Things To Do in Bijnor Glass Industry in Firozabad Govardhan Parikrama in Mathura Tourism in Mainpuri Wildlife Sanctuaries near Mirzapur History of Bahraich Tourist Spots in Hapur Miracles of Banke Bihari Temple Tourist Spots in Bulandshahr Travel to Fatehpur Tourism in Fatehgarh Chronology of Jhansi Etah Tourism Culture of Rampur About Shahjahanpur Vindhyachal to Varanasi by Road Tourism in Hathras Tourism in Sambhal Famous Personalities of Faizabad Tronica City in Loni Culture of Ballia Jaunpur in One Day Culture of Etawah Meerut One Day Itinerary A Day in Allahabad - More than Just a Spiritual Experience Ghaziabad.... A Street Food Safari Shopping in Aligarh Top Famous Restaurants for Working Professionals in Noida Tourism in Mughalsarai Prominent Modern Industries in Kanpur Historic Events in Gorakhpur Air Safari in Agra Jim Corbett National Park Road Trip from Lucknow to Nainital via Corbett What Not to Miss while in Varanasi
Home about profile culture languages of uttar pradesh

Uttar Pradesh is the Hindi heartland of the country, which is obvious because a large percentage of the national population is resident in the state. 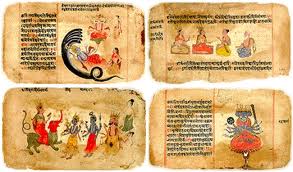 Uttar Pradesh has a long and distinguished tradition of classical and folk Hindi, having enjoyed the status of an important centre of the language for many centuries. Sage Vyasa bifurcated the Vedas and several hymns and texts of Vedic literature were composed here. The greatest Indian epics, Mahabharata and Ramayana were composed and written by sages with factual reference to geographical locations in Uttar Pradesh.

The use of Hindi as a vernacular medium has evolved, slowly developing over many hundreds of years into a literary form somewhere around the 19th century. The first major Hindi writer of the state was Bhartendu Harishchandra whose pioneering efforts in using Hindi as a literary medium was followed later by many 19th and 20th authors and writers have made the state proud with their writings and awards.

The languages spoken here are categorized by linguist analytics into two specific zones, the Central and the Eastern under the main umbrella of the Indo-Aryan languages. The influence is derived from the Prakrits of the Old Indo-Aryan sect; in the medieval era Persian influence was added.

Apart from the main languages spoken and written, there are about six to seven other well recognized dialects.

The official state language and the premier one for administrative usage, the Hindi spoken in Uttar Pradesh is deemed to be the standard accent at a national level.

It was added to the state Official Language Act, 1951 through an amendment to the Act in 1989. The wide usage of the Nastaliq Script in written Hindustani gave rise to Urdu as a spoken and written sub-sect on par with Hindi. The ‘Lakhnavi’ way of spoken Urdu is considered to the highest literary form and value.

Hindustani is the language vastly used by the people in speech and writing. With the promotion of the Devanagari Script in the early 19th century, Hindustani evolved into the Hindi as it is in use today administratively.

Once widely in use by Sufi saints of the past like Amir Khusrau, Awadhi which is a mix of Urdu and Khari Boli Hindi, it is now the language of the masses, especially the rural folk in and around Awadh (Lucknow).

This language, as the name suggests, is the premium language used in Brajbhoomi, the land of Radha-Krishna. This lyrical and almost musical language is distinctive to people from the Mathura-Vrindavan belt.

All the above languages belong to the Central Zone of the Indo-Aryan language systems.

Bhojpuri is maintaining its position as the second most widely spoken language after Hindi. Mostly confined to the eastern districts of the state, it has a broad cultural base and its music, dance and cinema are in a genre dedicated to the promotion of this language.

English is the common mode of communication in work-related areas, in teaching and training etc. Although there is a strong patriotic streak in the Hindi heartland for use of Hindi as the prime language in as many areas as possible, the benefits of learning and communicating in English is not lost upon the vast multitudes of people. More specifically the younger and newer generations are accustomed to going to schools and colleges where English is the prime language even though Hindi may often be the language of communication at home.

Other languages and dialects used in Uttar Pradesh are Bundeli, Bagheli, Gujari, Haryanvi and Kannauji; these are confined to particularly specific communities and therefore are extremely localized. Besides there are also some that do not have a formal name.