Famous Historical Monuments in Uttar Pradesh Uttar Pradesh - Photographers' Delight Kite Festival in Lucknow Travel to Muzaffarnagar Travel to Raebareli Kanpur The Leather City Tourist Places in Unnao Weekend Getaways from Pilibhit Banarasi Sarees in Varanasi Things To Do in Bijnor Glass Industry in Firozabad Govardhan Parikrama in Mathura Tourism in Mainpuri Wildlife Sanctuaries near Mirzapur History of Bahraich Tourist Spots in Hapur Miracles of Banke Bihari Temple Tourist Spots in Bulandshahr Travel to Fatehpur Tourism in Fatehgarh Chronology of Jhansi Etah Tourism Culture of Rampur About Shahjahanpur Vindhyachal to Varanasi by Road Tourism in Hathras Tourism in Sambhal Famous Personalities of Faizabad Tronica City in Loni Culture of Ballia Jaunpur in One Day Culture of Etawah Meerut One Day Itinerary A Day in Allahabad - More than Just a Spiritual Experience Ghaziabad.... A Street Food Safari Shopping in Aligarh Top Famous Restaurants for Working Professionals in Noida Tourism in Mughalsarai Prominent Modern Industries in Kanpur Historic Events in Gorakhpur Air Safari in Agra Jim Corbett National Park Road Trip from Lucknow to Nainital via Corbett What Not to Miss while in Varanasi
Home about profile economy

Ever since the Partition of the country, the economy of Uttar Pradesh has been growing at a steady pace of about four percent every year. However, in 2007 it was accelerated to seven per cent annually up to the year 2011 by 2010-2011 it had attained a growth rate of over eight per cent. This led to Uttar Pradesh being at the number one position of receiving remittances along with three other places namely Kerala, Punjab and Tamil Nadu.

The main economic inputs of Uttar Pradesh emanate from its three mainstays, namely agriculture and livestock besides fisheries. 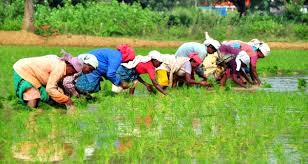 The fertile Gangetic plains of Uttar Pradesh have been responsible for the production of large quantities of oil seeds, pulses and rice besides potatoes. Sugarcane is the major cash crop which is harvested all over the state but the district of Lakhimpur Kheri is the highest producer of sugar in the state. Besides agriculture, the fertile plain of the Ganga has been the thriving ground of horticulture. Uttar Pradesh is among the major producers of mangoes and apples in the country. The high production of food grains in the fertile alluvial plains was accentuated by increased irrigation facilities, utilization of fertilizers and also the high yielding seed varieties. 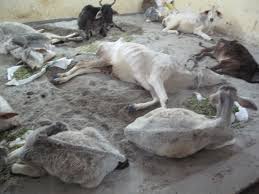 Fish is another one of the most abundant food resources offered by Uttar Pradesh. In the East the state is influenced by the weather of the Bay of Bengal, which, because of the occurrence of warm ocean currents provides exemplary conditions for the growth and development of a large variety and quantity of fish.

The industry of Uttar Pradesh has progressed in terms of products and services over the decades. Despite the large-scale poverty-ridden population, the state employs a large part of the skilled, semi-skilled and unskilled labour of the region. There are scanty natural resources in the state. Among minerals, Uttar Pradesh has deposits of limestone in the Mirzapur district. Its greater use is in the cement manufacturing industry. Other smaller deposits are of bauxite, the ore that produces aluminum in Banda and Sonbhadra areas wherein is situated in aluminum plant. There are some active coal mines also in the Singranli area.

Besides the above, there are also the deposits of minerals like sulphur, magnesite, diaspore, prophyllite, silica sand and dolomite besides some gem stones.

In the field manufacturing, Uttar Pradesh has a thriving electronics manufacturing industry. It continues to be a great opportunity for investment. The areas in and around Agra and Kanpur are renowned for leather ware and leather products. About five hundred tanneries and more than twelve thousand production units exist for the manufacture of leather craft in the state.

Another major industrial centre of Uttar Pradesh is Moradabad which is known for its brassware all over the world. Its exports amount to thirty to forty billion rupees on an annual average every year. In fact this comprises about forty per cent of the total exports of the country.

Gold is another metal that has made Meerut the biggest market of Asia for goods made of the precious metal. Meerut is also famous for its sports goods and musical instruments. The largest and most widespread industry that provides livelihoods to a multitude of the population of Uttar Pradesh is its exquisite handicrafts industry. This cottage industry boasts of the works of the Varanasi’s master craftsmen who create fabulous pieces of Zari and brocade embroidery besides silk sarees woven with silver and gold threads. Lucknow is another centre for embroidery but this is the typical ‘chikankari’ or shadow work embroidery which was created and nurtured two hundred years ago by the Mughals.

Several handlooms are situated largely in eastern Uttar Pradesh in the townships of Varanasi, Bhadohi, Azamgarh, Mau and Mau Aima, Meerut and Etawah which are known for the manufacture of essential products like stoles, lungi, gamcha and household linen.

Nearly about fifteen per cent of the total fabric production in India is done in Uttar Pradesh. The services sector is also a large contributor towards the economy of the state. The newly developed areas of Ghaziabad, NOIDA, Greater NOIDA and especially those regions that lie around the National Capital Region of Delhi (NCR) are thriving hubs of the IT services producing large amounts of softwares for a number of purposes. NOIDA is also famous for its wide network of television channel offices in Film City. Almost all prominent channels have a representation in this region.

Another unique feature of the state is that the world’s second and Asia’ first and only DNA Bank is situated in Lucknow. Almost three per cent of the five hundred conglomerates of the S & P CNX have their offices in the state.

Business and Investment in Uttar Pradesh

The tourism industry is a thriving industry of Uttar Pradesh. There are several tourist attraction in the cities of Allahabad, Varanasi, Mathura, Ayodhya, Lucknow and Agra. The confluence of the Ganga and Yamuna is considered a place of pilgrimage by devout people who congregate there every twelve years to take the holy dip at the Maha Kumbh. The environment attracts the attention of nature lovers all over the world to the tiger reserves of Lakhimpur Kheri and the Dudhwa National Park along with the Pilibhit Tiger reserve all are frequented by the intrepid tourist who often stays over to savour the natural beauty.

Religious tourism forms in a large part of the tourism industry. The Buddhists, Jains, Muslims, Sikhs and also Christians all live in harmony, and worship here besides preserving their culture. Thus, Uttar Pradesh is a land of vast contrasts which opportunities for lucrative business and investment.