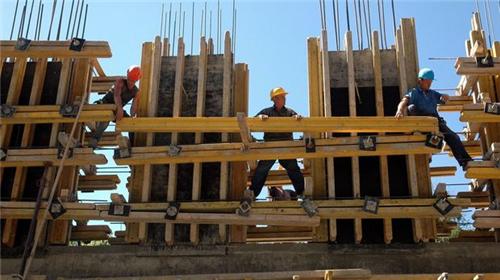 There are several trust areas on which the industrial policy of the state depends. It is the largest producer of sugar and has a wide variety of agricultural food products. There is tremendous potential for the creation of avenues of food production, processing and preservation in the state. Thus, the policy emerges with the proposal for the opening up of food parks in the district of Saharnpur, Varanasi, Barabanki and Gorakhpur.

This policy attempts to take the industry to the levels of the second thrust area of providing uninterrupted power supply to ensure that all industrial units are working at their optional output. In the field of handicrafts the policy adopts the vision of looking after the better interests of the artisans. By subsidizing several inputs, providing better facilities of raw materials and finished products through transportation there are also artisan centered welfare schemes. An example of this in the setting pension scheme for elderly artisans.

The relatively newer field of information technology holds tremendous scope for developing into the most rewarding industrial segment in days to come. Towards attaining these objectives the industrial policy looks at giving an absolute hundred per cent waiver to stamp duty as well as registration fees for all units that are setting up IT units or even call centres within the state.

Lastly is the handloom industry segment which has been steadily progressing over the decades. The Khadi and Village industries section of the Ministry of Medium and Small scale industries has contributed significantly to the growth and development of the hand spun cloth segment of the textiles manufacturing units.

The major thrust areas have been highlighted in the economic policy with the proposal to establish and nurture special economic zones at various places to focus on particular areas of production. The special Economic Zone being set up at Moradabad is the broad umbrella for the development and growth of the handicrafts sector. This centre would be the main hub for training and benefitting the craftsmen in the endeavour to promote them and their arts.

Then there is the Special Economic Zone set up at NOIDA to look at the special inputs required towards the facilitation of the state-of-the-art, world class products like electronics and electrical goods besides software engineering and customized solutions creation. Another innovative step was the setting up of Lucknow as the biotechnology city of the country. The innovation has been towards the setting up of dynamic food parks for creation of world class food products.

The targeted areas of interest of the industrial policy are to bring about an overall improvement in the business climate with the provision of requisite incentives. It would also create a framework of interaction to procure industrial investments.

Another target area is the creation and promotion of adequate infrastructure for the promotion of economic and social development through progressive and sustainable industrial growth.

The third focus area is the enhancement of skill levels through capacity building which would be attained by the encouragement of education at all stages among both sexes and upto the highest levels of attainment. The state shall also endeavour, within the ambit of the industrial policy to promote the thrust areas of the Ministry of MSME like sericulture etc.

The state of Uttar Pradesh has come a long way since 2004 when it began its endeavour to give a fillip to its industry through the framing of an industrial policy.

The golden opportunity sought by most investors seems to have been created here by the state through its schemes at the local state and central level. These sops or incentives are in the form of financial holidays and all forms of freebies that could encourage investors and make exemplary conditions for the promotion of industry in the state. Some of these incentives most looked forward were the total or hundred per cent exemption of stamp duty and registration be for setting up BPOs interest free loans and setting up of power units especially for long durations that is for fifteen years minimum and the release of capital subsidy to small scale industrial units. This would be exceptionally useful for the handloom and handicrafts industries. The greatest boost was the setting up of power plants for conservation and provision of better work and living condition of the artisan and workers.