Famous Historical Monuments in Uttar Pradesh Uttar Pradesh - Photographers' Delight Kite Festival in Lucknow Travel to Muzaffarnagar Travel to Raebareli Kanpur The Leather City Tourist Places in Unnao Weekend Getaways from Pilibhit Banarasi Sarees in Varanasi Things To Do in Bijnor Glass Industry in Firozabad Govardhan Parikrama in Mathura Tourism in Mainpuri Wildlife Sanctuaries near Mirzapur History of Bahraich Tourist Spots in Hapur Miracles of Banke Bihari Temple Tourist Spots in Bulandshahr Travel to Fatehpur Tourism in Fatehgarh Chronology of Jhansi Etah Tourism Culture of Rampur About Shahjahanpur Vindhyachal to Varanasi by Road Tourism in Hathras Tourism in Sambhal Famous Personalities of Faizabad Tronica City in Loni Culture of Ballia Jaunpur in One Day Culture of Etawah Meerut One Day Itinerary A Day in Allahabad - More than Just a Spiritual Experience Ghaziabad.... A Street Food Safari Shopping in Aligarh Top Famous Restaurants for Working Professionals in Noida Tourism in Mughalsarai Prominent Modern Industries in Kanpur Historic Events in Gorakhpur Air Safari in Agra Jim Corbett National Park Road Trip from Lucknow to Nainital via Corbett What Not to Miss while in Varanasi
Home about profile economy industries in uttar pradesh

Uttar Pradesh has delineated special economic zones (SEZ) for promoting the setting up and perpetuation of the various industrial units that have been set up by international giants like Glaxo, Coca Cola, Moser Baer and Pepsi along with a number of BPOs. Besides the SEZ region coming up in NOIDA the industrial presence is also increasing in other parts of the state. Another emerging example is the Lucknow region that has virtually become the hub of IT, ITER and BPO companies of the world.


The industrial investment of about fifty thousand crore has been siphoned into the state to ensure the thriving success of the world-class industrial presence coming up. 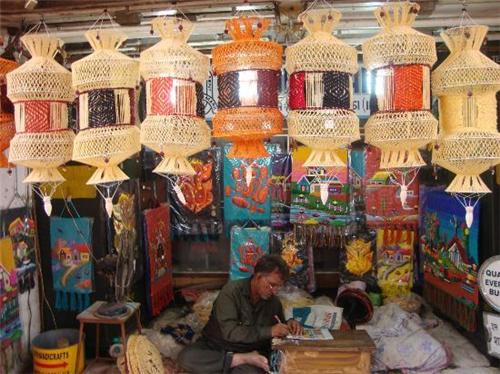 It is interesting to note that the exports of the state are a reflection of its industrial output. A significant aspect of the industrial presence is that sixty per cent of the cumulative exports of Uttar Pradesh are made up of the products of the handicrafts sector. The major exports that fall into this category are exquisite pieces made up of marble products, art pieces, bags, gems and all forms of handcrafted jewellery made up of precious and semi-precious materials. Other exports include apparel, electronics, hardware and software pertaining to computers. There are also leather crafts, silk and carpets besides a number of other categories of products that fall within the ambit of handicrafts that are used as an addenda to exports.

There are a number of export zones in Uttar Pradesh or Export Promotion Industrial Parks which have been especially set up in areas like Greater NOIDA and Agra besides the two major SEZ at NOIDA and Moradabad. The major expert zones promoted for the larger outputs of export quality Handicrafts are Jhansi, Varanasi, NOIDA, Moradabad, Lucknow, Lalitpur and Kanpur. Thus, the industrial presence in Uttar Pradesh pertains to large scale, medium scale and mini scale as well as the micro level industrial units.

The agricultural produce of the state includes mustard, gram, peas and lentils besides groundnuts and mustard. While the latter two are used for the extraction of edible oils and a number of such food extracts to be used by human beings as well as animals there are several allied by products like soaps, detergents etc also. 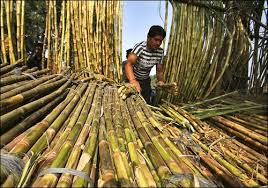 Sugarcane is the major contributor towards the production of sugar especially as the state is the highest contributor towards the sugar production of the country. Along with these contributions the agri-sector also actively participates in the preservation and processing of potatoes and peas. The grains of wheat and rice besides the lentils like gram etc all have the potential for domestic as well as international use. Thus, the state of Uttar Pradesh has come a long way in the field of food processing. There are domestic and international participants in the various forms of food products like manufacturing juices, tinned food and various other raw, preserved or ready to each option.

Thus, the mainstay of the industries of Uttar Pradesh is its vast handicrafts manufacturing mass base besides agricultural produce processing coming a close second. The last but by no means the least is the IT industry which has international players vying with each other to make their presence felt.

Even the livestock, of which Uttar Pradesh has a great multitude, is a major contributor towards the processed foods industry. These products are in the form of milk powder, cottage cheese and dehydrated, solidified milk called ‘Khoya’ or ‘Mava’ locally.

Thus, the industry of Uttar Pradesh is wall on the road to progress and sustainable development.