Famous Historical Monuments in Uttar Pradesh Uttar Pradesh - Photographers' Delight Kite Festival in Lucknow Travel to Muzaffarnagar Travel to Raebareli Kanpur The Leather City Tourist Places in Unnao Weekend Getaways from Pilibhit Banarasi Sarees in Varanasi Things To Do in Bijnor Glass Industry in Firozabad Govardhan Parikrama in Mathura Tourism in Mainpuri Wildlife Sanctuaries near Mirzapur History of Bahraich Tourist Spots in Hapur Miracles of Banke Bihari Temple Tourist Spots in Bulandshahr Travel to Fatehpur Tourism in Fatehgarh Chronology of Jhansi Etah Tourism Culture of Rampur About Shahjahanpur Vindhyachal to Varanasi by Road Tourism in Hathras Tourism in Sambhal Famous Personalities of Faizabad Tronica City in Loni Culture of Ballia Jaunpur in One Day Culture of Etawah Meerut One Day Itinerary A Day in Allahabad - More than Just a Spiritual Experience Ghaziabad.... A Street Food Safari Shopping in Aligarh Top Famous Restaurants for Working Professionals in Noida Tourism in Mughalsarai Prominent Modern Industries in Kanpur Historic Events in Gorakhpur Air Safari in Agra Jim Corbett National Park Road Trip from Lucknow to Nainital via Corbett What Not to Miss while in Varanasi
Home about profile geography climate of uttar pradesh

Uttar Pradesh being a large and wide spread state there is a whole range of temperatures experienced over the entire land. In some parts it has a semi-arid climate and in others it has humid and a highly subtropical type of climate. Largely comprising the vast Gangetic plain, the wide variety of temperatures can be seen to fluctuate from 00 C to 500 C. 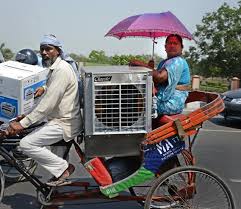 The temperature variations are very great in Uttar Pradesh. This is evidenced in the successive Heat Waves and Cold Waves experienced in certain parts of the State. The heat wave has been observed to strike different districts virtually every year. In 2007, it was Banda district when a high of 45.50C temperature had sixty two people succumbing to the heat. In 2009, it was Bundelkhand district that experienced the highest temperature of 490C and claimed thirty people who fell to severe heatstroke. In 2010, it was Jhansi district that recorded the highest temperatures of 46.70C in the state. Thus, the heat wave is a recurrent phenomenon of Uttar Pradesh. 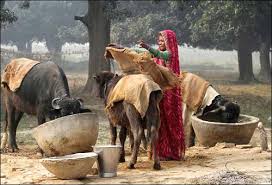 Cold waves are another annual feature which has become quite a regular feature of the State. Temperatures struck a low 2.80C in the end of 2007 and the start of the year 2008. In late 2009 as well the temperatures were at 2.90C and this condition carried on to the winter months of 2010 and 2011. Meerut district seems to be regularly targeted by the cold waves while in 2011 it was Churk, a town in Mirzapur that claimed the maximum lives for the cold waves taking the temperature to the lowest of 1.40C.

To a large extent the state experiences either floods or drought due to highly erratic and totally unpredictable rainfall. Basically, the climate of a place signifies the average weather conditions experienced by a place. According to the Koppen system of climate assessment the climate experienced by Uttar Pradesh is the tropical monsoon type or even more precisely as the humid sub-tropical climate having a dry, semi-dry winter. Based on its climate the seasons experienced in Uttar Pradesh are the summer season that lasts for the months of March, April and May followed by the onset of the South-West Monsoon which continues through the months of June end, through July, August and September and in some cases it even continues up to October with the onset of the winter season which in turn goes on from November, December onto even January. Very few showers are existent in winter.

The rainfall in Uttar Pradesh is most erratic giving it a semi-arid to arid outlook almost all over barring a few wet patches. Precipitation is marked by rainfall hailstones, frost and dew.

The types of rainfall experienced are orographic, cyclonic and conventional. Given the differentials of excessive and scanty rain it is interesting to note that Uttar Pradesh is commonly prone to floods and droughts.

The floods are caused mostly because of the overflowing of the main rivers of this Gangetic plain which are Ganga, Yamuna, Ramganga, Gomti, Sharda, Ghaghra, Rapti and the Gandak.