Famous Historical Monuments in Uttar Pradesh Uttar Pradesh - Photographers' Delight Kite Festival in Lucknow Travel to Muzaffarnagar Travel to Raebareli Kanpur The Leather City Tourist Places in Unnao Weekend Getaways from Pilibhit Banarasi Sarees in Varanasi Things To Do in Bijnor Glass Industry in Firozabad Govardhan Parikrama in Mathura Tourism in Mainpuri Wildlife Sanctuaries near Mirzapur History of Bahraich Tourist Spots in Hapur Miracles of Banke Bihari Temple Tourist Spots in Bulandshahr Travel to Fatehpur Tourism in Fatehgarh Chronology of Jhansi Etah Tourism Culture of Rampur About Shahjahanpur Vindhyachal to Varanasi by Road Tourism in Hathras Tourism in Sambhal Famous Personalities of Faizabad Tronica City in Loni Culture of Ballia Jaunpur in One Day Culture of Etawah Meerut One Day Itinerary A Day in Allahabad - More than Just a Spiritual Experience Ghaziabad.... A Street Food Safari Shopping in Aligarh Top Famous Restaurants for Working Professionals in Noida Tourism in Mughalsarai Prominent Modern Industries in Kanpur Historic Events in Gorakhpur Air Safari in Agra Jim Corbett National Park Road Trip from Lucknow to Nainital via Corbett What Not to Miss while in Varanasi
Home about sports

The categorization of sports activities in Uttar Pradesh is done on the lines of (i) traditional and (ii) modern. Uttar Pradesh has a fair number of sports education and training colleges and institutes spread in the various districts of the state that provide training and discipline in many sports. Talented and able sportspersons are given scholarships to appear for the state in various national and international tournaments and many of them are given postings in government departments. 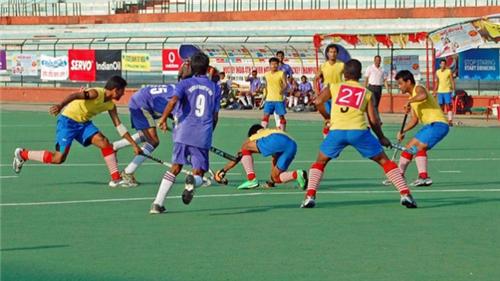 This category includes Field Hockey, which is India’s national sport, Archery, Boxing, Football, Kabaddi, Kho Kho, Swimming, Throw ball, Wrestling and Weight-lifting. There are local and district championships for these games which are played according to traditional rules governing the location. The people living along the foothills of the mountain ranges as well as the local people indulged in many sports activities as part of community building as well as building good physiques to meet the vagaries of the harsh winter climates of the state.

In recent years, cricket has overtaken hockey as the national sport because of its popularity all over the country. Cricket gained importance in India during the British rule when several princely states and maharajahs formed teams to play the sport for leisure and competitively. Many past and present cricketers have represented the state in the Duleep, Irani and Ranji Trophies, which are national level domestic circuit tournaments; they have also played for the country against international teams. The present Indian Cricket Team also has several players from the state.

Headquartered in Kanpur, the Uttar Pradesh Cricket Association (UPCA) is the governing body that takes care of the game of cricket and its administration in UP. The UPCA is affiliated to the BCCI (Board of Control for Cricket in India).

The recently built international stadium in Noida, which is part of the Sports City being developed there, has been named the Greater Noida Cricket Stadium. The UPCA has signed an agreement with the promoters of the stadium to host future Cricket tournaments.

The Faizabad Sports Complex is another modern and well equipped sports venue to conduct games and tournaments and has excellent training and workout facilities for athletes.

The Buddh International Circuit gained worldwide attention in 2011 when it became the venue for the country’s inaugural F1 Grand Prix Race.

The vastness of the state is endowed generously with the copious flow of water from many major rivers – India’s pride, the sacred Ganga, Yamuna, Alaknanda, Bhagirathi, Bhilanganga, Sarayu, Mandakini, Ramganga, Gomti, Chambal etc. - besides many smaller ones and their tributaries that encourage several recreational and adventure sports activities. The state’s rolling mountain landscape offers several sites for adventurous sports.
14446