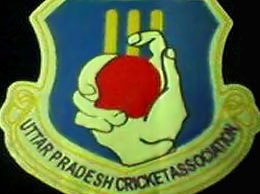 The Uttar Pradesh Cricket Association is an affiliated body of the Board of Control for Cricket in India (BCCI) that is the national body governing the game of cricket and its administration in the country.

The load of talent unearthed for the sports in Uttar Pradesh is enormous with many famous past cricketers who were not only excellent in the game and represented the country but also served as administrators of the game at several levels. Even today, the Indian Cricket Team has several players from the state in its national side. Many from the state represent it in regional and zonal tournaments.
The erstwhile Maharaja of Vizinagaram, Maharaja Vijay Anand Gajapathi Raj Bahadur was its Founder President. He had the distinction of captaining the Indian Cricket Team in the 1930s, becoming an avid Cricket commentator thirty years later. A native of Andhra Pradesh, it was due to his efforts that Cricket infrastructure developed at grassroots and state level in Andhra.

The Green Park Stadium in Kanpur is the venue for many national and international cricket tournaments and is built and equipped with infrastructure and facilities of modern standards. The UPCA has inked an agreement for fifty years with a private group for the use of a cricket stadium being developed by the private party who is developing a Sports City in the state; included in the plans is a cricket stadium that will eventually hold a capacity of 100,000.

Famous Sportspersons from UP

Apart from Olympian Dhyan Chand who represented India in Hockey, there are several other renowned names like Zafar Iqbal, Mohammad Shahid and Jagbir Singh in Hockey; other prominent sportspersons past and present are – the late Syed Modi and Shyam Gupta in Badminton, Jaspal Rana and Moraad Ali Khan in Shooting, Ghaus Mohammad in Tennis who was the first Indian to reach the quarterfinals of the Wimbledon Championships, the Amarnath brothers, Mohinder and Surinder, Arun Lal, Raman Lamba, Manoj Prabhakar, Narendra Hirwani, Mohammad Kaif, Suresh Raina, Piyush Chawla and many others in Cricket. Several women athletes like Saina Nehwal, Badminton, Alka Tomar, National Women’s Wrestling Champion, Seema Punia Discus Throw, and Poonam Yadav, Weightlifting have brought glory to the state.

Traditionally, Uttar Pradesh excels in sports like archery, boxing, wrestling and weight-lifting because as a hill-region people, the locals are very sturdy and maintain good physique and ability. However, in the1930s India was a world name in Hockey winning several medals in the international sports arena like the Olympics; the name of Dhyan Chand, India’s brightest and best Hockey player in whose time India won the Olympic Gold is always remembered. Others like Lalit Kumar Upadhyay and Nitin Kumar are some of the finest names in the sport.

With the introduction of modern sports, several games like Kabaddi, Kho Kho, hockey, football, volleyball, etc. are not getting much attention. The state government has recognised the need to improve infrastructure and to promote the games among the local people by conducting competitions to select players for training and creating talent pools that can send players for major tournaments.