Famous Historical Monuments in Uttar Pradesh Uttar Pradesh - Photographers' Delight Kite Festival in Lucknow Travel to Muzaffarnagar Travel to Raebareli Kanpur The Leather City Tourist Places in Unnao Weekend Getaways from Pilibhit Banarasi Sarees in Varanasi Things To Do in Bijnor Glass Industry in Firozabad Govardhan Parikrama in Mathura Tourism in Mainpuri Wildlife Sanctuaries near Mirzapur History of Bahraich Tourist Spots in Hapur Miracles of Banke Bihari Temple Tourist Spots in Bulandshahr Travel to Fatehpur Tourism in Fatehgarh Chronology of Jhansi Etah Tourism Culture of Rampur About Shahjahanpur Vindhyachal to Varanasi by Road Tourism in Hathras Tourism in Sambhal Famous Personalities of Faizabad Tronica City in Loni Culture of Ballia Jaunpur in One Day Culture of Etawah Meerut One Day Itinerary A Day in Allahabad - More than Just a Spiritual Experience Ghaziabad.... A Street Food Safari Shopping in Aligarh Top Famous Restaurants for Working Professionals in Noida Tourism in Mughalsarai Prominent Modern Industries in Kanpur Historic Events in Gorakhpur Air Safari in Agra Jim Corbett National Park Road Trip from Lucknow to Nainital via Corbett What Not to Miss while in Varanasi
Home about tourism 10 famous temples in uttar pradesh

Uttar Pradesh, besides being one of the largest states in the Indian sub-continent, is also one of the culturally vibrant states. Known for its glorious past, it is a special place for the Hindu religion as two Vishnu avatars, Lord Rama and Lord Krishna were born here. Besides, this, Varanasi, one of the oldest surviving cities in the world holds a special place in the hearts of Shaivites. This is the reason why the state is home to some of the most beautiful and popular temples of the world. Some of the most important temples in Uttar Pradesh are- 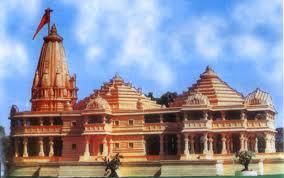 Ayodhya has been in existence from the very beginning of the human race and is it is believed that it was the center of the activities of the gods that were present on the earth many thousands of years ago. Lord Rama, the seventh incarnation of Lord Vishnu was been here and he ruled His kingdom from this town. It is also believed that this city was built by the gods and was known as Kosaldesa in the ancient times. The Janmabhoomi is the place where Lord Rama took birth and there is a small temple at this location that is dedicated to Lord Rama. It is of great religious value to the Hindus and the Vaishnavites.

Located at almost 18 km south east of Mathura, is the Baldev Dauji Temple where the presiding deity is Lord Balarama who is the brother of Lord Krishna. The deity is believed to have been installed by Vajranabha in 1535 AD almost 5000 years ago. The temple is of great religious value for the Hindus and, thus, is very popular too. Adjoining the Baldev Dauji Temple is Kshir Sagar which means the ‘Sea of Milk’. Gosain Gokul Nath had a vision that the Lord lay concealed in this Kund. Very soon, a search was made and the idol of Lord Balarama was found. Many a times, attempts were made to shift the idol to Gokul but every time the carts broke down due to the reluctance of the Lord to change His abode. And, thus, the shrine was erected right on the spot for His reception.

Banke Bihari Temple is one of the most significant temples in the whole of India. The deity of Banke Bihari (Banke means bent at three places and Bihari means Supreme enjoyer) was founded by Swami Haridas, the famous Hindu saint of the Nimbarka Sampradaya (one of the six Goswamis) at Nidhivan in the 16th century. From the year 1864, when the temple was built, Banke Bihari is being worshipped here only. This is the only temple where Mangala Arati is not performed as Swami Haridas did not want to disturb the child like Lord to disturbed early in the morning. For this reason only, there are no bells in the temple either. Only once in a year, Mangala Arati is performed and that is the day after Janmashtami. While on Janmashtami, there is no darshan of the Lord as it is believed that He is still in His mother’s womb. Only when the clock strikes at the midnight, the Darshan is allowed. It is only on the Akshaya Tritiya, that the lotus feet of the Lord can be seen. As soon as a person enters the temple premises, the chant of ‘Radhe Radhe’ will be heard all over as the Lord loves of the name of ‘Radharani’.

Bihariji’s seva is done in a very unique manner and is performed as Shringar, Rajbhog and Shayan every day. 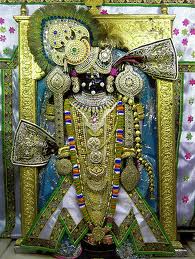 Located in the eastern part of Mathura, a small town in Uttar Pradesh, the Dwarkadheesh Temple is the most inexorable part of the temples. It was built by Seth Gokul Das Parikh in 1814 who was a great devotee of Lord Krishna. The presiding deities are Lord Krishna and His beloved Radharani. Other Gods of the Hindu pantheon are also present here. Whole hearted celebration takes place at the time of Janmashtami, Holi and Diwali. It is dedicated to that form of the Lord when He became the King and started ruling from Dwarika.

The Dwarkadhish Temple remains open for darshan between 7AM to 8.30 PM everyday throughout the year. Almost 3000 people make it to the temple for the Mangala Darshan which takes place at around 6.30 in the morning.

Kashi Vishwanath Temple is one of the most famous and sacred temples in the heart of the oldest surviving city in the world, Varanasi. Although the temple does not allow followers of Semitic religions, even then, it is thronged by thousands of visitors, especially the foreigners to catch the glimpse of the temple. The Jyotirlings of Lord Shiva, Vishwanath of Visheshwara are enshrined in the temple. Lord Shiva is the presiding deity of Varanasi. It is believed that Varanasi is the place from where the first Jyotirlinga flared towards the heaven after breaking from the earth’s crust. Devotees are of the opinion that one who worships Lord Vishwanath attains happiness, all his desires and ultimately liberation. It has been visited by great saints like Ramakrishna Paramhans, Adi Shankaracharya, Goswami Tulasidas, Swami Vivekananda, Gurunanak, Maharishi Dayanand Saraswati and many other personalities. Even today, it is thronged by millions of devotees all through the year. 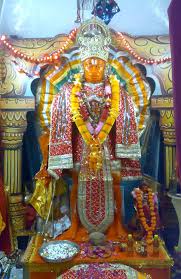 Located near the Benaras Hindu University in the southern part of Varanasi, the Sankat Mochan Hanuman Temple is dedicated to the Lord Hanuman. Millions of people believe that if they visit the temple and offer prayers on regular basis then they will be relieved from all sorts of sankats, i.e. hindrances on the way of their progress. As per the Vedas, Lord Hanuman rescues and saves His devotees from the evil effects of the Saturn and this is the reason why thousands of people line up to offer prayers to Lord Hanuman on Tuesdays and Saturdays. Sindoor is applied on the deity by the devotees which is later put on their foreheads as the sacred Tilak. Ladoos are offered to the deity. Hanuman Chalisa, Sundar kand and Kishkindha is recited by the devotees who visit this temple.

Sarnath, the world famous Buddhist site near Varanasi, is the place where Lord Buddha delivered His first sermons. Located at a distance of almost 8 KM from the oldest city in India, Varanasi, the Sarnath Temple was built in the 3rd century BC. It is here only, the Lord set in motion, the Wheel of Law. It is a site of high religious value for the Buddhists and invites thousands of devotees all through the year. Many stupas like the Dhamek Stupa (containing remains of Lord Buddha), Chowkhandi Stupa (where Lord Buddha met his five disciples, Ashoka Pillar) are embedded at the Sarnath Temple.

Best time to visit the Sarnath Temple is during the months of October to March.

Located in Vrindavan at the Peethsthan, Shri Katyayani Peeth Temple was consecrated in 1923. The deity of Katyayani Mata is made up of Ashtadhatu (8 metals) and was installed according to the Sanatanadharma. According to them, the main temple of Katyayani should have five forms of the deities including Shakt, Shaiv, Vaishnav, Ganapataya and Saurya. According the legends, the Gopis in Vrindavan worshipped Goddess Katyayani to bless them for getting Lord Krishna as their consort. They attained Her blessings and thus, achieved the supreme state of devotion.

Durga Shaptsati is chanted by the priests on daily basis. During the two Navratras, two main Durga utsavs are also celebrated in this temple.

Engraved with cultural and historical importance, Tulsi Manas Temple is one of the most significant temples in Varanasi. The temple is famous due to the fact that famous Hindu epic Ramayana was composed here. It was built in 1964 and is dedicated to Lord Rama. Previously, Ramayana was written in Sanskrit and due to this fact most of the people could not understand it. Goswami Tulsi Das translated the epic in Hindi as Ram Charit Manas at this particular spot. The marble walls of the temple are inscribed with Dohas, Chaupayees, Chhandas, Shlokas along with paintings of the scenes from Ram Charita Manas. It is of great importance for the followers of Lord Vishnu.