Famous Historical Monuments in Uttar Pradesh Uttar Pradesh - Photographers' Delight Kite Festival in Lucknow Travel to Muzaffarnagar Travel to Raebareli Kanpur The Leather City Tourist Places in Unnao Weekend Getaways from Pilibhit Banarasi Sarees in Varanasi Things To Do in Bijnor Glass Industry in Firozabad Govardhan Parikrama in Mathura Tourism in Mainpuri Wildlife Sanctuaries near Mirzapur History of Bahraich Tourist Spots in Hapur Miracles of Banke Bihari Temple Tourist Spots in Bulandshahr Travel to Fatehpur Tourism in Fatehgarh Chronology of Jhansi Etah Tourism Culture of Rampur About Shahjahanpur Vindhyachal to Varanasi by Road Tourism in Hathras Tourism in Sambhal Famous Personalities of Faizabad Tronica City in Loni Culture of Ballia Jaunpur in One Day Culture of Etawah Meerut One Day Itinerary A Day in Allahabad - More than Just a Spiritual Experience Ghaziabad.... A Street Food Safari Shopping in Aligarh Top Famous Restaurants for Working Professionals in Noida Tourism in Mughalsarai Prominent Modern Industries in Kanpur Historic Events in Gorakhpur Air Safari in Agra Jim Corbett National Park Road Trip from Lucknow to Nainital via Corbett What Not to Miss while in Varanasi
Home about tourism 20 things to do in uttar pradesh

20 Things To Do in Uttar Pradesh

20 Things To Do in Uttar Pradesh

Located in the northern part of India, flanked by the Himalayas in the north, and covered by the Gangetic plain, Uttar Pradesh is a treasure trove of cultural heritage. The beauty of Uttar Pradesh attracts tourists of all nationalities and age groups, and has something unique to offer everyone. To explore the marvel that is Uttar Pradesh, take a look at twenty things you have to do when you’re there.

1. Visiting the Taj Mahal – the epitome of love 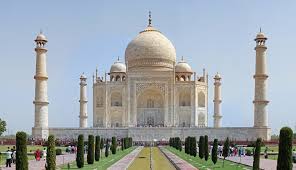 Of course, any trip to U.P warrants a trip to the Taj, the poem in marble, built by the Emperor Shah Jahan in memory of his wife. The domed mausoleum is one of the universally admired heritage structures, and is considered the finest example of Mughal architecture.

The city of Agra was the capital of the erstwhile Mughal sultanate. Although the empire collapsed long ago, the traces of the Mughal dynasty are still evident in the streets of Agra. Start from the gigantic Jama Masjid, pay your tributes to the silver lingam at the Mankameshwar Mahadev temple, rediscover your olfactory senses at the spice market of Rawat Para, visit Chitti Khana to see the beautifully decorated Haveli entrances and facades, and take a walk along the 16th century stone paved street of Kinari bazaar.

And don’t forget to catch a ride in the traditional Mughal tonga!

3. Visit the Agra Fort at sunset

Also known as the “Lal Qila”, “Fort Rouge” or “Qila-i-Akbari”, the Agra fort is a symbol of power and resilience of the erstwhile Mughal Empire. The dream structure of Emperor Akbar has colossal double walls that enshrine a maze of magnificent palaces and mosques, intricately etched with the finest Mughal craftsmanship. To truly appreciate the beauty of this wonder, visit the fort at sunset and let your mind be blown away with the radiance of the red sandstone structures illuminated by the sun’s rays.

A leading town under the British Rule, Kakori is known for its Kakori Conspiracy Case. A walk through the main market area will leave you in ecstasy. The colourful and vivacious markets are a paradise for all the shopaholics.

Kebabs is a must try when you visit Kakori.

Renowned for the brave “Jhansi Ki Rani” and her heroic struggle for freedom, Jhansi is again a place to be in Uttar Pradesh. The majestic Jhansi Fort will blow your mind off. There is also a museum within the fort which will take you back to the rich history of India and will ignite the feeling of patriotism in you. 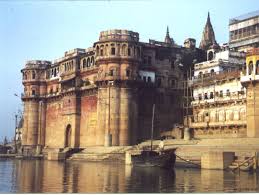 Allahabad again is a very popular city of Uttar Pradesh. Your trip would be incomplete if you do not pay a visit to the holy land of “Sangam”, signifying the confluence of Ganga and Yamuna.

The Allahabad Fort built by Akbar in 1583 is a magnificent site to watch. It imbibes serenity in a very powerful way, thus giving away positive vibes.

One of the oldest cities of all times, Varanasi is considered to be sacred piece of land for Hindus. The auspicious Ganga aarti performed by the priests daily on the Dashashwamedh Ghat is something which should be striped off your to-do list in Varanasi on the very first day.

Pay visits to the various pious temples like the Monkey Temple, Manas and Durga Temple and so on.

If you love shopping then this place is a paradise for you.

People travel from all over the world to Varanasi to shop for “Banarasi” sarees. The silk and brocades are equally popular. One can find all of these in Varanasi Chowk, Pilkothi and Golghar markets.

Reciting the stories of the brave childhood of Lord Krishna, the sacred land of Mathura-Vrindavan has been the ultimate pilgrimage spot for people all around the globe. So, visiting this place should definitely be on your itinerary.

Dominated by the popular stories of the romantic childhood of Lord Krishna, the duo city houses many temples of Lord Krishna, such as Pagal Baba Temple, Bankey Buihari Temple and Isckon Temple. If architecture is your thing then get ready to be mesmerized by the archaic architecture of these temples. Your eyes will be glued to the beautiful deities and the minute details.

The Kulhar tea is another attraction that will spell you bind to this auspicious land. The aura of the tea will catch hold your mind and heart and you will never want to leave this land.

Try visiting Mathura around Holi, that is, around mid March. The colourful festival of Holi brings out the best of Mathura and Vrindavan. And hey don’t you dare forget tasting the “bhang” and going frenzy.

Bhaang when mixed with sweet buttermilk will make you forget all your worries and will take you to a different world altogether.

You will feel the omnipresence of Lord Budhha in Sarnath. Kazillions have visited this place, meditated and felt a change in their perspectives.

11. Fatehpur Sikri – A rendezvous with the elite Mughal culture 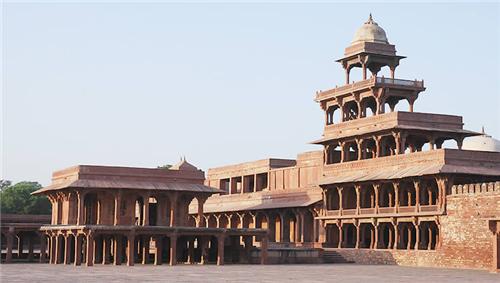 If you have a taste for the royal Mughal culture then visiting Fatehpur Sikri is a must for you. 50 kilometres off Agra, it is essentially a cluster of historically significant monuments. The Buland Darwaza hosted by this place is the largest gateway in the entire Asia.

12. Dudhwa National Park – A peek into the wildlife

Diffused across a sprawling area of 490 square kilometres, The Dudhwa National park is situated near the Indo-Nepal Border. Get ready to be mesmerized by the amazing collection of wildlife at Dudhwa. The residents include sambhar, cheetal, hog deer, swamp deer and the mighty rhinoceros.

The birth town of Lord Rama, Ayodhya plays a pivotal role in the Indian mythology. It is here where Lord Rama returned from his exile of 14 years. It is here where he was welcomed with lighting the entire city, thus giving birth to the festival of Diwali.

Try visiting this time in late October. The bright Diwali lights will boggle your mind off.

This is the place where Lord Buddha preached his last teaching. After visiting the Sun Temple you will find a change within yourself. The peace and calmness which you will get here is unmatchable.

Famous for its Aligarh battle when British took over Aligarh, the city still retains its historical importance. The Aligarh Fort stands high and firm, screaming of the rich history of India.

You should also visit the Aligarh Muslim University and various Muslim tombs which will give you a peek at the past and will make you feel a proud Indian.

16. Lucknow- The city of Nawabs

Retaining its ancient charm with enough authority, the capital city of Uttar Pradesh is very royal and classy in its own way. From food to shopping to people, Lucknow has carved a space for itself in every field.

While you are in Lucknow you would be doing injustice to yourself if you didn’t taste the finger-licking kebabs. They are the speciality.

Chikan work and zardosi embroidery is again very famous. You must also pay visits to Bada Imambara and Rumi Darwaza.

17. Spicy Street Food – nothing can beat this

Uttar Pradesh will find a permanent space in your heart once you taste the spicy street food of it. Starting from the authentic “aaloo poori” which you will find in every corner of every street to the hot pakoras, UP will caste a spell on you via this amazing food. The “aaloo kachori” is another item you should definitely try.

If you have a sweet tooth then not having “jalebis” will be equivalent to a crime for you. This hot juicy sugary dessert will make your heart miss a beat.

18. Pilibhit Tiger Reserve- A date with the majestic tigers

Spanning across the Indo-Nepal border, at the foothills of the majestic Himalayas, the Pilibhit Tiger Reserve is one of India’s 41 Project Tiger Reserves. Hosting atleast 36 tigers make sure you are going to love this place and have a nice time sight – seeing the most endangered animal.

One of the most polluted city of India, Kanpur is known to the world for the very famous IIT Kanpur. The sprawling campus has produced millions of efficient engineers.

Allow some peace to flow into your mind by visiting the beautiful Jain Glass temple. Its bliss, trust me.

This city offers some insides into the Indus Valley Civilization. Standing various attacks during the Mughal era, this city was quite prominent during the 1857 revolt. By looking around you will get the pre-Independence picture of India and you will realise how far we have travelled as a nation.

Comments / Discussion Board - 20 Things To Do in Uttar Pradesh