Famous Historical Monuments in Uttar Pradesh Uttar Pradesh - Photographers' Delight Kite Festival in Lucknow Travel to Muzaffarnagar Travel to Raebareli Kanpur The Leather City Tourist Places in Unnao Weekend Getaways from Pilibhit Banarasi Sarees in Varanasi Things To Do in Bijnor Glass Industry in Firozabad Govardhan Parikrama in Mathura Tourism in Mainpuri Wildlife Sanctuaries near Mirzapur History of Bahraich Tourist Spots in Hapur Miracles of Banke Bihari Temple Tourist Spots in Bulandshahr Travel to Fatehpur Tourism in Fatehgarh Chronology of Jhansi Etah Tourism Culture of Rampur About Shahjahanpur Vindhyachal to Varanasi by Road Tourism in Hathras Tourism in Sambhal Famous Personalities of Faizabad Tronica City in Loni Culture of Ballia Jaunpur in One Day Culture of Etawah Meerut One Day Itinerary A Day in Allahabad - More than Just a Spiritual Experience Ghaziabad.... A Street Food Safari Shopping in Aligarh Top Famous Restaurants for Working Professionals in Noida Tourism in Mughalsarai Prominent Modern Industries in Kanpur Historic Events in Gorakhpur Air Safari in Agra Jim Corbett National Park Road Trip from Lucknow to Nainital via Corbett What Not to Miss while in Varanasi
Home about tourism historical tourism in uttar pradesh

Uttar Pradesh, the fourth largest state of India, holds a pivotal place as far as historical tourism is concerned. From ancient and medieval times this part of India has remained a power house for many big empires. Owing to its rich historical background, Uttar Pradesh has remained a center of great importance for scholars and historians all around the world. Let’s delve into the history of Uttar Pradesh more comprehensively. 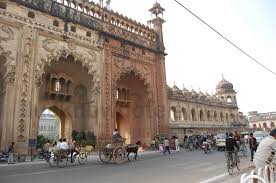 Starting from the capital city Lucknow, which was a part of Mughal Empire since 1350 ME, later served under the British rule. It has various places to visit, including monuments and heritage sights from Mughal era and the British Raj. Among these are Bada Imambara, Chota Imambara and Rumi Darwaza.

Built by Nawab Asaf-ud-Daula in 1784 Bara Imambara is a Shia Muslim shrine, which is one of the grandest building of the city. The complex of Bara Imambara includes a mosque (Asfi Mosque), the Bhulbhalayah, a step well and bowli. Enriched with beautiful architecture it reflects the imprints of the mesmerizing Mughal architecture. The splendid glassware and the chandeliers will make your heart skip a beat. The Bada Imambara comprises of 496 intricate corridors and passages which are exactly similar top one another, thus making your mind boggle.

Near Bara Imambara there is other imperative monument of historical and religious importance, Chota Imambara which was built in 1838 by Nawab of Awadh, Muhammad Ali Shah. Both of these monuments are connected by a magnificent gateway called Rumi Darvaza.

Epicenter of historical importance, Agra is the land of one of the finest piece of architecture The Taj Mahal. In addition, Agra has other important monuments namely Agra Fort and Fatehpur Sikri, all these monuments are included in UNESCO World Heritage site. Taj Mahal, a mesmerizing marble structure was built in the year 1653 under the Mughal emperor Shah Jahan. It was built in remembrance of his beloved wife Mumtaz Mahal.

Another Agra’s world heritage site is Agra fort. Agra fort was commissioned by Akbar in 1565. Agra Fort is a vast structure of walls with a height of seventy feet. It stands firm and high, since 400 years, symbolizing the powerful Mughal Empire in India in the 16th century. The detailed naqqashi inscribed on the white marbles is worth noticing.

Another important monument built during Akbar’s reign is Fatehpur Sikri, which is 50 kilometers off Agra. It is essentially a cluster of historically significant monuments. The Buland Darwaza hosted by this place is the largest gateway in the entire Asia. 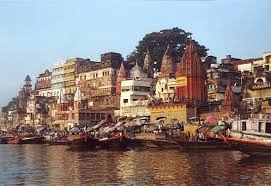 The sacred land of Varanasi has been the ultimate pilgrimage spot for people all around the globe. Also known as Banaras, it is the oldest city in the entire world. Dominated by the popular stories of the romantic childhood of Lord Krishna, Varanasi houses many temples of Lord Krishna, such as ISKCON Temple. The archaic architecture of these temples is outstanding. Your eyes will be glued to the beautiful deities and the minute details.

Situated in the extreme south of the state, Jhansi is envisaged to have an important place in the history of India. It served as the capital of the Maratha province in the 18th century.

Every child recites the name of Rani of Jhansi, Rani Lakshmi Bai, and is well aware of her brave participation in the freedom struggle. The Rani Mahal is still intact and attracts tourists from all across the world. Other tourist attractions significant to the history include the Jhansi Fort and the Government Museum which house all the pictures, dresses and weapons of the Chandela dynasty.