Famous Historical Monuments in Uttar Pradesh Uttar Pradesh - Photographers' Delight Kite Festival in Lucknow Travel to Muzaffarnagar Travel to Raebareli Kanpur The Leather City Tourist Places in Unnao Weekend Getaways from Pilibhit Banarasi Sarees in Varanasi Things To Do in Bijnor Glass Industry in Firozabad Govardhan Parikrama in Mathura Tourism in Mainpuri Wildlife Sanctuaries near Mirzapur History of Bahraich Tourist Spots in Hapur Miracles of Banke Bihari Temple Tourist Spots in Bulandshahr Travel to Fatehpur Tourism in Fatehgarh Chronology of Jhansi Etah Tourism Culture of Rampur About Shahjahanpur Vindhyachal to Varanasi by Road Tourism in Hathras Tourism in Sambhal Famous Personalities of Faizabad Tronica City in Loni Culture of Ballia Jaunpur in One Day Culture of Etawah Meerut One Day Itinerary A Day in Allahabad - More than Just a Spiritual Experience Ghaziabad.... A Street Food Safari Shopping in Aligarh Top Famous Restaurants for Working Professionals in Noida Tourism in Mughalsarai Prominent Modern Industries in Kanpur Historic Events in Gorakhpur Air Safari in Agra Jim Corbett National Park Road Trip from Lucknow to Nainital via Corbett What Not to Miss while in Varanasi
Home about tourism museums in uttar pradesh

It is a well-known fact that Uttar Pradesh is the state with towns and cities that have been defined and shaped by architectural wonders of every civilization and culture that has passed through it in previous centuries.

Some of India’s oldest, historical and culturally influenced cities are in Uttar Pradesh. The mausoleums, forts and palaces that are generously dotted around the state’s landscape are all etched in the vibrant culture of the state and speak for themselves. In that sense, every city from Agra to Fatehpur Sikri, Allahabad to Ferozabad, Lucknow to Varanasi, Mathura to Ayodhya, is the pride of the state and the country to a great extent. Places like Sarnath, Kushinagar, Jaunpur,

Most of these cities and towns host museums that are rich repositories of past historical artefacts, crafts, painting, sculptures and many more; these displays are not just mementos of culture and history but also throw much valuable light on the skills and capabilities of the state’s artists and craftspeople. 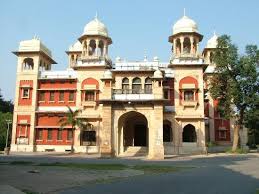 This is one of the most well maintained museums in India with catalogued sections and separate galleries devoted to specific collections of prized items such as art, paintings, rare manuscripts, sculptures, coins, seals, textiles, etc. depicting the richness of civilization from the pre-historic days. The value and antiquity of these exhibits speak volumes about their historical and archaeological importance and relevance. Some of the personal effects and documents housed here were by Pandit Jawaharlal Nehru, the first Prime Minister of free India.

Open for visitors Tuesday to Sunday.

The Taj itself is India’s ‘crowning glory’. The museum here displays the elaborate constructions plans, the accuracy and levels of precision maintained by artisans centuries earlier along with an amazing line-up of objects and pieces that are invaluable treasures. The highlight of the museum is the ‘celadon’ plates and crockery that may have been used in the royal palaces of the Mughals. Celadon is the term used to describe the glaze of the ceramic that is used after making pottery or stone-craft of various shapes. It is believed that the unique aspect of this ceramic is its ability to change colour or break if poisonous food was served on them.

The 1857 Memorial Museum in Lucknow

The Revolt of 1857 is widely referred to as the ‘first war of Indian Independence’. Lucknow was one of the key centres of this revolt against British Rule. The memorial museum is a preservation of the lasting legacy of the revolt against colonial rule and contains paintings, bronze artefacts, paintings, lithographs and records of events of the 1857 Uprising alongside displays of arms and ammunition, some of which are very rare like swords and musketing canons that were used in the fight. The exhibits are arranged sequentially and chronologically. 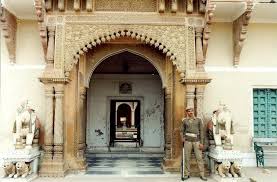 This attractive and well maintained 18th century construction was the home of the Maharaja of Benaras. The objects stored and displayed here are priceless artefacts of royal heritage. The exquisite pieces of ivory, royal palanquins, vintage cars and a wide collection of old guns and ammunition have been preserved well and throw light on the royal family’s lifestyle that still continues to be present in the fort and palace; the current scion of the Kashi royal family lives here.

Location: opposite bank of the river Ganga from the ghats, Varanasi

Established in the year 1874 as the Lord Curzon Museum of Archaeology, this was renamed the Government Museum in its centenary year in 1974.

The museum is a priceless treasure trove of historical and religious artefacts and figurines dating back to the Kushan and Gupta periods in Indian history. A large repository of sculptures hosts the statues and figures of Gautama Buddha and the Jain Tirthankaras. The headless sculpture of Kanishka holding a sword and sheath in both hands and dressed in the Central Asian outfit of a horse rider is unique. A large number of terracotta pieces of gods and goddesses and plaques from the Sunga period are kept here.

Visiting times: 10.00 am – 5.00 pm. The museum is closed to visitors on Mondays and government holidays.

A city of monasteries, stupas and temples, Kushinagar is a historical centre of medieval Indian life and culture. The influence of Lord Buddha and traces of Buddhism are evident everywhere, highlighted by the archaeological findings unearthed in the area. Kushinagar is famous for the fact that Buddha attained Nirvana here. A large collection of Buddhist icons, bronzes, clay figurines, seals, paintings, panels and architectural remains are maintained in the museum. Some of the pieces like seals and coins date to the Malla kings who ruled over this area briefly. The historical artefacts offer rare insights into the Gandhara School of Art which flourished in and around this area.

Kushinagar is also famous for other religious sites like the Japanese, Chinese, Burmese, Sri Lankan and Thai temples and shrines; these beautifully designed religious houses have gardens and intricate decor that leave visitors in awe. The entire area is strewn with relics and ruins of Buddhist themes.

Visiting times: 10.00 am to 4.30 pm. The museum is closed to visitors on Mondays and second Sundays of every month