Famous Historical Monuments in Uttar Pradesh Uttar Pradesh - Photographers' Delight Kite Festival in Lucknow Travel to Muzaffarnagar Travel to Raebareli Kanpur The Leather City Tourist Places in Unnao Weekend Getaways from Pilibhit Banarasi Sarees in Varanasi Things To Do in Bijnor Glass Industry in Firozabad Govardhan Parikrama in Mathura Tourism in Mainpuri Wildlife Sanctuaries near Mirzapur History of Bahraich Tourist Spots in Hapur Miracles of Banke Bihari Temple Tourist Spots in Bulandshahr Travel to Fatehpur Tourism in Fatehgarh Chronology of Jhansi Etah Tourism Culture of Rampur About Shahjahanpur Vindhyachal to Varanasi by Road Tourism in Hathras Tourism in Sambhal Famous Personalities of Faizabad Tronica City in Loni Culture of Ballia Jaunpur in One Day Culture of Etawah Meerut One Day Itinerary A Day in Allahabad - More than Just a Spiritual Experience Ghaziabad.... A Street Food Safari Shopping in Aligarh Top Famous Restaurants for Working Professionals in Noida Tourism in Mughalsarai Prominent Modern Industries in Kanpur Historic Events in Gorakhpur Air Safari in Agra Jim Corbett National Park Road Trip from Lucknow to Nainital via Corbett What Not to Miss while in Varanasi
Home about tourism zoos in uttar pradesh

Zoological Parks or popularly known as zoos have always fascinated people, especially kids. Zoological Parks give people to see, know and learn about the wild animals very closely. India is a vast country and there are several animals, mammals which are there in Zoos at different locations, several such locations are in Uttar Pradesh as well where some very endangered and rare animals plus several different species of birds, reptiles are also home. The Central Zoo Authority of India has included small zoos in their list also. Here is a list of the large format as well as small format zoos which can be found in Uttar Pradesh. 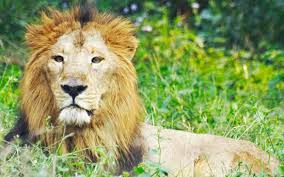 The Zoo of Lucknow is marked as a large category zoo by the CZAG i.e. (Central Zoo Authority), Government of India. Within it, it houses a total of 97 different kind of wild animals viz. white tigers, Royal Bengal tigers, lions, Hillock gibbons, wolves, Indian rhinoceros and black bears from Himalayas can be seen too.

The zoo also has swamp deer, barking deer, black bucks, giraffes, asiatic elephants, giant big squirrels and lots of other animals. On Friday The Nature Interpretation Centre situated inside the zoo organises the programs known as Touch Table Programme where various information about different skins and lot of other information regarding various animals is provided in program. There’s a toy train too in this zoo for children.

Some details of Lucknow Zoo

The Kanpur zoo is handled by the Forest Department, UP state government. It comes under the Central Zoo Authority of India as a statutory body. The Zoo’s construction was done between year 1971 to 1973 and it houses many species of endangered animals such as Thamin, Swamp deer, Horned Rhinoceros, Chimpanzee, Zebra, Orangutan etc.

Some details of Kanpur Zoo are – 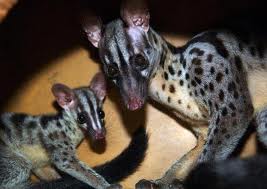 This facility started by rescuing dancing bears and initially 25 dancing bears were brought here in 2002. Since then this facility has seen more than 300 dancing bears now. This has given it recognition of world’s largest bear sanctuary in itself. It is situated 20 km outskirts of Agra in Sur Sarovar Sanctuary, the sanctuary’s original site which was about 7.5hectares was later extended to 21hectares of land in 2005.

Some Details of the Agra Beer rescue Facility

The ABRF now has its own developed veterinary centre and a centre of education for visiting students from various schools.

There is a huge enclosure made for deers to freely roam around the area. The place also has a live bird life. It is peaceful place amongst the sacred and holy shrines of Sarnath. The atmosphere here is very calm plus relaxing. Among the beautiful gardens, relics of Buddhist monasteries and the stupas, the deer park makes a prominent tourist attraction in Sarnath.

Some details of Sarnath Deer Park

This deer park is also situated inside the Nawabganj Bird Sanctuary. The area is dedicated to the preservation of birds around the area of Nawabganj lake. There are several spotted deers which can be spotted here as well as the barking deers presence also can be felt here. They are the main attraction for the visitors coming here to see the park.

Some Details of the Nawabganj Deer Park