Famous Historical Monuments in Uttar Pradesh Uttar Pradesh - Photographers' Delight Kite Festival in Lucknow Travel to Muzaffarnagar Travel to Raebareli Kanpur The Leather City Tourist Places in Unnao Weekend Getaways from Pilibhit Banarasi Sarees in Varanasi Things To Do in Bijnor Glass Industry in Firozabad Govardhan Parikrama in Mathura Tourism in Mainpuri Wildlife Sanctuaries near Mirzapur History of Bahraich Tourist Spots in Hapur Miracles of Banke Bihari Temple Tourist Spots in Bulandshahr Travel to Fatehpur Tourism in Fatehgarh Chronology of Jhansi Etah Tourism Culture of Rampur About Shahjahanpur Vindhyachal to Varanasi by Road Tourism in Hathras Tourism in Sambhal Famous Personalities of Faizabad Tronica City in Loni Culture of Ballia Jaunpur in One Day Culture of Etawah Meerut One Day Itinerary A Day in Allahabad - More than Just a Spiritual Experience Ghaziabad.... A Street Food Safari Shopping in Aligarh Top Famous Restaurants for Working Professionals in Noida Tourism in Mughalsarai Prominent Modern Industries in Kanpur Historic Events in Gorakhpur Air Safari in Agra Jim Corbett National Park Road Trip from Lucknow to Nainital via Corbett What Not to Miss while in Varanasi
Home about transport roadways in uttar pradesh

Uttar Pradesh has a land area equal to more than 6% of the country. It caters to the travel needs of more than 200 million of its inhabitants. It also has a vast service sector comprising of travel and tourism. This makes the need of having a vast network of roadways, a big fleet of buses, depots, employees and 24X7 bus services to cater to the demands of the people. The state has all the ingredients for a fairly efficient roadways system. 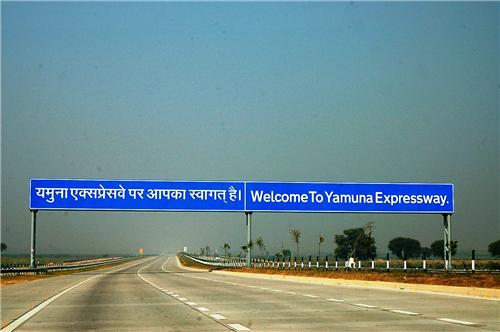 UP has a length of 6774 km National Highway. These highways run through the state to provide it linkage with all the compass points in India. These Highways are connected by State Highways to access them from district Head Quarters, major cities, towns and villages of the state and all the important tourist centres. UP has a spread of around 3358 km of the State Highways. These facts give UP a comfortable road connectivity within and out of the state.

UP has a fully functional public transport system run by the state government to provide cheap and affordable travel facilities to its people under the umbrella organisation of the Uttar Pradesh State Road Transport Corporation (UPSRTC). The corporation runs its own buses on exclusive intra-state and inter-state routes to provide facilities to millions of travellers every day. Its buses ply onto every nook and corner routes of UP as well as the neighbouring states. Regular bus services are available to passengers to travel to Jaipur, Gwalior, Chandigarh, Himachal, Uttarakhand, Patna, and other important tourist destinations and commercial centres of the neighbouring states. These routes are covered by public as well as private players. 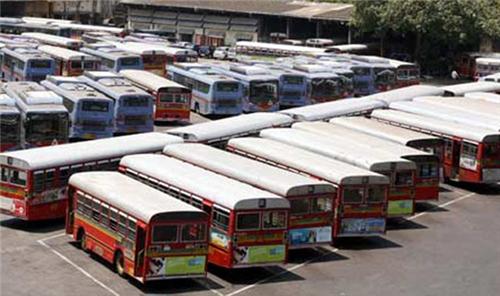 UPSRTC started as a small outfit owned by the government on 15 May 1947 called UP Government Roadways. It started as a humble bus service but steadily grew in size of its number of buses, the number of earned kms and total amount realised. It flourished into a fleet of more than 5600 buses, 1700 routes, and more than 449 million passengers during the 4 Five Year Plans. It was reconstituted on June 1, 1972 as a corporation with a new nomenclature of UPSRTC.

By the end of the 6th Five Year Plan the UPSRTC has grown into owning more than 7600 buses plying on an area of more than 2.5 million kms. These buses now carry more than 1.3 million passengers every day, earning in the neighbourhood of INR 38 million a day. This huge fleet of UPSRTC buses include A.C. Volvo, deluxe, semi- deluxe and sleeper buses. These are mostly used for long distance hall for passengers’ comfort.

The vastness of the area covered by UP mandates it should have a very big infrastructure for running an efficient organisation. Its hugeness inherently leads to unwieldy operations in the long run if proper steps are not taken. Keeping these factors in mind the UPSRTC has taken some meaningful structural steps. It has done it through administrative decentralization of operations.

The working area of the corporation has been divided into 23 regions which control a further division of operations into 107 bus depots spread over the length and breadth of the state. This division helps in carrying a satisfactory, affordable and generally reliable bus service in the state. Some of the major depots of the corporation are Agra, Mathura, Kanpur, Etawah, Lucknow, Barabanki, Sultanpur, Hardoi, Faizabad, Gorakhpur, Varanasi, Allahabad, Sitapur, Unnao, Ghaziabad, Anand Vihar etc. The HQ of the corporation is at Lucknow.